The Biography of KH. Husein Muhammad

KH. Husein Muhammad or who is often called Buya Husein was born on May 9, 1953, in Cirebon. He is the second son of eight children, from the couple of KH Muhammad bin Asyrofuddin and Nyai Hj. Umm Salma Syathori.

His father, KH. Muhammad is the son of H. Asyrofuddin and Zainab, based on information that Asyrofuddin is a descendant of Indian Gujarati who moved to Semarang.

The sibling of Buya Husein:

Then, he returned to continue his under graduate at the College of Al Quran Science (PTIQ) Jakarta, Ciputat, 1973-1980.

In 1980-1983, Buya Husein continued his education  at Arabic Special Studies at Al-Azhar Cairo, Egypt. In this place, he recited individually to a number of Al-Azhar scholars.

After finishing studying at al-Azhar Cairo, in 1983, Buya Husein returned to Indonesia, he continued the leadership relay of the Dar at-Tauhid Arjawinangun Islamic Boarding School which was founded by his grandfather, KH. Syatori (1933).

M Nuruzzaman in his book Kiai Husein Membela Perempuan (2005), explains clearly the results of his analysis of what KH. Husein Muhammad. There are no thoughts of KH. Husein Muhammad can be seen as coming from something "foreign" or external to Islam, as is often accused in Islamic feminism.

KH. Husein Muhammad is a bearer who is consistent with the basic principles of Islam, namely justice (‘adalah), deliberation (syura), equality (musawah), respect for pluralism (ta'addudiyah), tolerant of differences (tasamuh), and peace (ishlah).

Based on observation by Nuruzzaman, that feminist movement activists have been too dominated by those with secular backgrounds. So the background of KH. Husein Muhammad, who came from Pesantren world, made the significance of his struggle stronger.

Of course, KH. Husein Muhammad as outlined in his famous work Fiqh Perempuan, His reflections on religious discourse and gender, invited protests from those who objected to its contents. But until now, those who feel that objection, have not been able to write a rebuttal to his works (which is difficult to deny).

Buya Husein, who often voices equality between women and men, has founded a number of non-governmental organizations for women's rights issues, including Rahima, Puan Amal Hayati, Fahmina Institute and Alimat (2001). Until finally he became a commissioner of the National Commission on Violence Against Women, in 2007.

Buya Husein, who is active in various discussion activities, Islamic studies, and Islamic seminars, especially related to the issues of women and pluralism, both at home and abroad, received various awards.

Among them, He received an award from the Regent of Cirebon Regency as a Driving Figure, Guidance and Development Actors for Women Empowerment (2003), recipient of an Award (award) from the US Government for "Heroes To End Modern-Day Slavery", 2006. 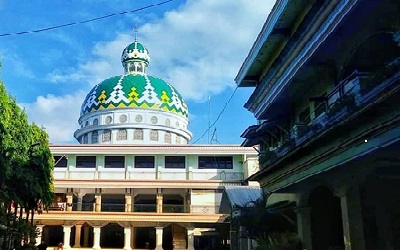